Skip to main content
Enroll now! Take a refresher!
Watch Intro Video
Originally there were about 10 westerners and a few children participating in tabla classes in Amritapuri, held twice a week. In 2017, Amma called Brahmachari Hari, one of the experienced tabla players in Amritapuri and instructed him to begin expanding the tabla classes. Then, 80 brahmacharini's registered under Amma's prompting. Due to the encouragement that Amma was putting behind this, almost all the children living in Amritapuri asked to have classes too. Many more international residents and visitors also decided to learn tabla.

A big event took place in the main hall on the holiday Vijayadashami that September. While Amma was giving darshan, about 100 of the tabla students who had been attending classes for just over 2 months gave a group performance. The synchronicity was truly magical and lead to regular tabla performances in front of Amma on festivals. Watch this special moment in the video below! 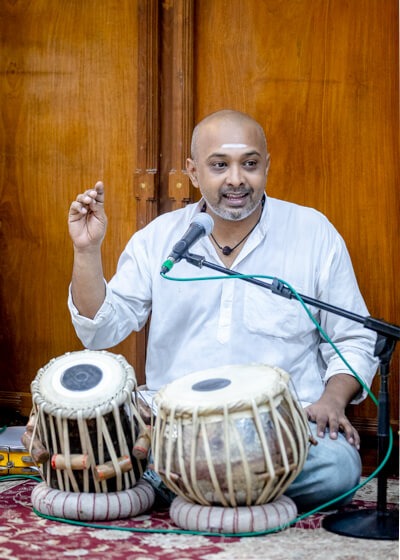